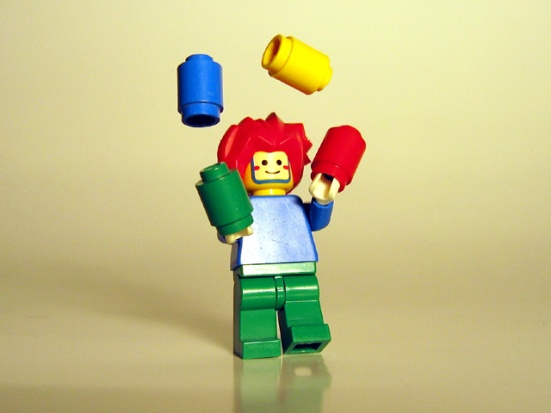 A recent online group discussion I participated in posed the question “Which is the most important factor that makes an insight professional outstanding”?   The responses to this – from various industry professionals – ranged from the obvious to the surprising; in particular what was concluded to be the most critical ability.  Based on these responses, this post provides a summary of what appear to be the key qualities needed today to be a ‘great’ consumer insights professional.

But first – to put these skills in context – it is worthwhile noting that this question comes at a pivotal time for the market research industry.  On one hand the role of consumer insights is being given greater priority by many businesses.  On the other hand its value is being challenged by various expert users.   Brief outlines of these opposing positions follow.

Faced with low growth markets characterised by competitively similar products and services, many businesses are placing a greater priority on insights to find sources of real advantage and value creation.  This is evidenced by the continued growth in investment in market research despite (some would argue because of) the GFC, which according to ESOMAR increased globally by 3.8% in 2011 to US $33.5 billion.  And while mature markets in the USA and Europe have seen declines in research investment, these are considerably less than the declines in overall marketing spend.

This is growing focus on insights is further supported by the fact that hardly a day goes by without an article on ‘big data’ or new approaches to gleaning consumer knowledge from social media.

These developments suggest that the expectations businesses have of research are higher than ever, and that the industry is on the cusp of a new era in its ability to monitor and understand consumer behaviour.

As a counter-point to the new wealth of data available, there is increasing questioning of the ability of research to understand consumer motivation, particularly the emotional dimensions critical for brand communications.

A previous post The growing limitations of traditional brand research explores this topic.  Douglas Van Praet of Deutsch LA (the agency responsible for Volkswagen’s much lauded US advertising including the ‘The Force’ Superbowl commercial) recently added his voice to this debate with an article entitled Research – You’re Doing It Wrong. How Uncovering The Unconscious Is Key To Creativity.  In this he states “Marketers are living a delusion that the conscious mind, the self-chatter in their heads and the so-called ‘verbatims’ in surveys and focus groups, are the guiding forces of action. They are talking to themselves, not to the deeper desires of people, rationalizing the need for the wrong tools aimed at the wrong target, and the wrong mind. They have hamstrung an industry based upon backwards thinking by encouraging concepts that beat the research testing system, rather than move people in the real world”.

The factors that drive outstanding insights

Against this backdrop of change and challenge, it is interesting to see what the discussion concluded to be the most important factors for an insights practitioner.  The various views can be summed up in four skill areas.  In the typical order in which they are applied to a research task, they are: Observing, Analysing, Understanding and Communicating.

Keen observation was the initial key skill – the ability to see things beyond what is being ‘said’.  To be able to watch and listen to every detail – the tone, facial expression, body language.

Strong analytical capability was unsurprisingly nominated as a critical skill.  Most clients would probably rate this as their main expectation of a good researcher.

But the suggested best practice analytical skills extended beyond standard expectations.  In particular the ability to see the ‘big picture’ through finding the relationships between seemingly disparate arenas such as trends, learnings from other categories, patterns within or across data, and the role of influences/influencers on decision-making.

A less obvious skill, but in my opinion – and that of several other participants – the most important, is empathy.

In my experience great researchers come to empathise with the consumer mindset of the area they’re exploring.  They develop an intuitive understanding of what it’s like to walk in the shoes of the consumer, to ‘see’ the world through their eyes, to ‘feel’ the way they experience things.  This is what separates them from the rest.

The final skill set revolved around the ability to transfer insights into a client’s business context, to frame them in action-oriented terms that can create business value.  (Some would argue that an insight is not an insight until it can meet this test.   So it is notable there was a sub-text to the discussion that this was an area many researchers fell short on.  Why this may be the case is a different topic, but one worth considering).

The skills in this area included story-telling and conviction, and the application of “Common Sense. Especially because it’s so uncommon”.

Empathy as the key

It can be argued that empathy is the linchpin of all the other skill sets.  It is what sensitises us to observe the finer details.  It guides us in finding meaning in information.  And it helps us connect consumers’ feelings to their brand behaviour.

Post-script: Empathy and finding the ‘magic’ in Big Data

On face value the qualities listed arguably lean more towards qualitative than quantitative skills.  In particular, the role of empathy in understanding underlying emotional drivers of behaviour could be pigeon holed as a qualitative only requirement.

However, leading marketing organisations appear to be expecting this full skill set from their quantitative researchers.  For instance, according to a WARC report, “Brand owners including Coca-Cola, Unilever and Ford are attempting to find new ways of translating the insights from big data into creative, emotional and ‘magic’ results for shoppers”.

The report cites the view of Coke’s CMO, Joseph Tripoli, that “We can’t be obsessed or seduced by data…At the end of the day that emotional response is still a necessity.”

Similar sentiments that differentiation between brands will “only be achieved by drawing ‘magic’ from facts and figures” are expressed by Keith Weed, Unilever’s CMO.  According to Weed, “At the end of the day everyone has the same amount of data because data is just people doing stuff.  Converting that into insight is the point; that’s where it turns to magic”.

2 thoughts on “The key qualities of great consumer insights practitioners”